The Eastern Coalition of Nations (or ECON) was an alliance of nation states on Earth during the mid-21st century. The ECON was dominated by The People's Republic of China and included other Asian and Middle-Eastern states. (Star Trek: First Contact)

The Eastern Coalition was formed in 2026, in the aftermath of the United States of America's retaliation for several nuclear bombs exploding in twenty five US cities (an act of terrorism actually committed by the Optimum Movement). Immediately the ECON declared war on the US and its allies, beginning World War III. (ENT: "In a Mirror, Darkly, Part II", Star Trek: The Adventures of Argus: "Nuclear Time")

In 2031, the Coalition was one of several groups that pooled resources to divert a series of asteroids from their collision course with Earth. These asteroids would later form the basis of early warp field tests by Zefram Cochrane. (The Lost Era novel: The Sundered)

During the 2030s and 2040s the state of war between the ECON and the United States and the European Union continued until the US and EU (now under the banner of the Optimum Movement) launched a massive nuclear strike on 1 May 2053. ECON retaliated with a strike of their own, crippling the Optimum's ability to further make war and effectively ending World War III. However their cities were among the hardest hit, and many areas of Asia fell into chaos. The so-called "post-atomic horror" was at its height in 2079, and would last into the early 22nd century. (The Sundered, Star Trek: First Contact, TNG: "Encounter at Farpoint", "All Good Things...", Star Trek: The Adventures of Argus: "Nuclear Time")

At least one account asserts that Kazakhstan was part of ECON, and that a parallel effort to develop warp drive took place there during the 2050s and 60s. A successful launch from the Baikonur Cosmodrome occurred in January, 2063 -- three months before Zefram Cochrane's -- but remained unknown to the world outside the Coalition. (Advanced Starship Design Bureau: Journal of Applied Treknology: "Molniya Class")

In the late 2120s, the South American Union and the Eastern Coalition joined the United Earth Republic rather than be overthrown by their own people. (Last Unicorn Games RPG: All Our Yesterdays: The Time Travel Sourcebook)

In this continuity, there was a Third World Alliance that consisted of at least 33 nation-states. The alliance was originally an economic consortium, a reaction to the construction of a space station at the L5 point constructed by the United States of America, Japan and the Soviet Union. The station provided solar power, and nations in the developing world wanted to build their own satellite rather than purchase power from others.

In this continuity, most Asian nations formalized their relationship into the Eastern Coalition in 2031 after the asteroids were averted. (Star Fleet Starship Recognition Manual: Report #301: Aphrodite Mission Spacecraft)

In this continuity, the plot to detonate nuclear weapons in American cities in the 2020s was thwarted.

The Coalition was formed (its formation is contemporary with the Mind Control Riots in the 2040s) from some countries that had been members of ASEAN (Association of Southeast Asian Nations) as well as member states of the Pacific Alliance. (Star Trek: Shadowstar Station: "Renée"). The Coalition's first president was Li Qan.

Many of the member nations of ECON felt strongly that the New United Nations would not be willing nor able to address their needs anymore than the "old" United Nations had. ("Renée")

In Paris in 2054, anti-Eastern Coalition rioters killed Dorian Qan, daughter of Li Qan, and her husband.

By the 2060s, Indonesia and the Philippines were among the nations that had seceded from the Eastern Coalition to form the short-lived Southeast Asian Confederacy (Star Trek: Shadowstar Station: "Soledad").

Representation of the Eastern Coalition flag 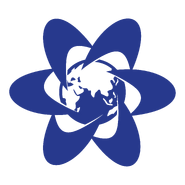 Transit station at the Eastern Coalition Consulate in Singapore

Flag of the Eastern Coalition at fullmast