El-Aurians were a humanoid species from El-Aurian system in the Delta Quadrant. They were also known as "Listeners," because of their conversational ability and wisdom, and they apparently had a limited form of empathy. The race was nearly exterminated when the Borg attacked their homeworld in the 2260s, and the surviving El-Aurians scattered across the stars. Two of these survivors were Guinan and Tolian Soran. (TNG: "Yesterday's Enterprise"; DS9: "Rivals"; Star Trek Generations)

Before the Borg attack, the El-Aurians had traveled widely throughout the galaxy. Their general humanoid appearance and listening ability allowed them to blend in on many worlds, including Earth, where they visited in the 19th century (and perhaps earlier). (TNG: "Time's Arrow")

Many El-Aurians known to the Federation in the 24th century demonstrated a unique perception of the space-time continuum, frequently able to discern changes in the timeline and displaying preternatural insight. It is believed that this is a natural ability of the species, but may instead be a byproduct of an encounter 47 survivors had with the nexus ribbon in 2293. At least one El-Aurian seemed to be powerful enough to threaten a member of the Q Continuum. (TNG: "Yesterday's Enterprise", "Q Who?", Star Trek Generations)

The El-Aurian lifespan is undetermined, but known to be quite long, with some living to be over 1000 years old. Aside from their long-lived nature, and their perceptive abilities, El-Aurians appear indistinguishable from humans, and frequently intermarry with other species.

Some sources indicate that El-Aurians do not require much sleep, if any. (Kal-Dixas Spaceport) 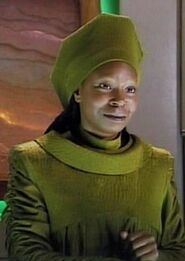 Guinan, a female El-Aurian, in 2366 aboard the Enterprise 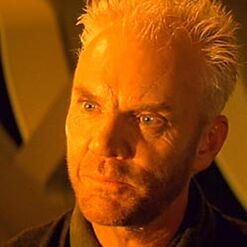 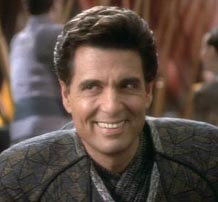