Star Trek: Dragon is a finished Star Trek fan fiction series, following the adventures of the USS Dragon-A and her crew.

Although not well-known when it first launched in 1999, the series grew and expanded, breaking its own records every season. Although no longer in full production, the website still exists today and will enjoy periodic updates, including rewrites of some earlier episodes as well as new episodes outside of the seasons involving the crew. It also produced a spin-off series by another author.

This episode was a crossover with another fan fiction source, Star Trek: Khitomer. 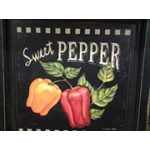