The USS Mumbai was space cruiser active in the mid-23rd century. (TOSS)

As of 2265, she was traveling in convoy with USS Darwin and USS Nagoya and other ships. When the fleet received a distress signal from the USS Prospero, the Mumbai was diverted to the MS2061-1957 system to rescue them.

Most of these characters have not actually been named in the strip, only in the cast page.

Like other 23rd century ships, the Mumbai has its distinctive assignment patch. The symbol in the middle varies according to division. 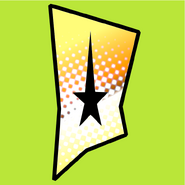 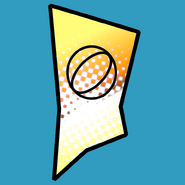 Science and medical
Add a photo to this gallery

Retrieved from "https://stexpanded.fandom.com/wiki/USS_Mumbai_(NCC-1496)?oldid=244849"
Community content is available under CC-BY-SA unless otherwise noted.