A university (sometimes called a U or uni) is a higher learning, award-granting institution with research and teaching facilities. Most universities are comprised of two or more colleges/departments and, in the cases of Lyran or Quebecer universities, faculties, providing the education.

Hoshi Sato was a university professor specializing in linguistics, teaching in Brazil, before she became the communications officer aboard the Earth Starfleet starship Enterprise in 2151. (ENT: "Broken Bow")

Dr. Leonard McCoy was a student at the University of Mississippi when he met the joined-Trill Emony Dax, who was judging a gymnastics competition on Earth, c. 2245. (DS9: "Trials and Tribble-ations"; DS9 novel: The Lives of Dax: "Old Souls") At some point, before he joined the crew of the Enterprise, McCoy spent a year doing pure research at Cornell's medical school in New York City. (TOS novel: Doctor's Orders)

Joanna McCoy was a xenozoologist at Urey University on Earth. (Gold Key Comics Star Trek #40 and #43: "Furlough to Fury" and "World Beneath the Waves")

Lyran Us traditionally delivered, via transporter, physical decision letters to all applicants who applied to a U from the same planet as the university. For all other applicants, printable decision letters were sent out online. In addition, universities that waitlisted or rejected very qualified applicants were said to be afflicted by Tufts Syndrome, and students thus treated were said to be tufted. (Star Trek: The Stoneship Files: "Super-Jupiter Beacon")

The fees paid by the students to attend courses in a university is called tuition. As such, changes in tuition was a sensitive subject throughout history and among a variety of races, be it Klingons, Malachorians or other species. (Star Trek: The Stoneship Files: "Rode the 300")

University curricula varied from a school to another, but many universities offered courses in computer science, history, education, medicine, pharmacy, anthropology, physics as well as linguistics. (Star Trek: The Stoneship Files)

Universities were classified in different ways that depended on the race, but the most commonly used scheme in the 24th century and the 25th century was of Lyran origin. (Star Trek: False Vacuum)

Some universities were notorious for their athletic programs, while others did not have varsity athletics. In the 20th century and the 21st century (later described as the "days of American semi-pro dominance") several universities, especially those who belonged to "Power 5 Conferences", went so far as admitting students that couldn't learn to stock their American football (and basketball) rosters. (Star Trek: False Vacuum: "Arthur Porter and the Corpse of Azkapanama") 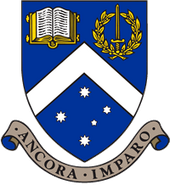